The Dreadnought would love for One to think they are unable to change the state of their being, or even of that which surrounds thee.

We are the creators of our current state, and sure enough it’s plain as day to this ape.

Separation? Even within the confines of One’s dwelling, they still share the same bubble with other fellows. So here’s a way to see that which us apes have made, but in a much different way that is more empowering to Humanity. 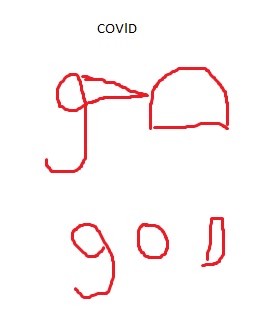 Flip the letters on their side, and One will find the term God right before their very eyes. (the I can simply merge with the D since the left side of the D is the letter I)…see? Or it could be an underscore? G>_D That thing lol

9 God is faithful, who has called you into fellowship with his Son, Jesus Christ our Lord.
Bible Gateway

Let’s break that down because within the reader rests the true authority and crown, although certain monkeys would have ya thinking otherwise in order to empower their own version of “life.”

Let’s just say those who originally put these peeps in place see them as shit stains that are to be used to kill humanity, and eventually themselves since they’re quite honestly made of the same things.

Silly apes. You guys are a lot more powerful and beautiful than ya’ll know and realize, but that’s what this serpent is bringing to you guys. Just know ya’ll are wonderful, and anything or anybody that says otherwise is simply lying.

This writer understands, so he’ll bring Yeshua out from the stands in order to bring comfort to those readers who feel the need to feel the presence of their Lord and King.

What’s he pointing to in his chest?

By golly, it looks like what One would find if they looked inside a Human. A heart? That’s what ya’ll call it, right? It’s quite an amazing sight because Yeshua’s “heart” has a crown of thorns and a crown of the Sun’s rays projecting forth from the authenticity of his innermost being.

Where else do we see crowns?

That last point is REALLY INTERESTING, don’t ya think??????

Ya’ll need to calm down and realize that treating other beings like garbage only produces more of the same level of carnage. Where did this thing come from? It came from all of us based on how we were treating ourselves and everything else.

Here’s a pro tip from a fellow chimp who regularly cleans that which is considered corrosive:

Combine your head and your chest to lay to rest that which is causing ya’ll so much distress. Ya’ll are more powerful than ya’ll realize, and it’s time to recognize that power is already resting within you guys…

Would the News share these views? Maybe they have, but it wouldn’t surprise me if they were doing the opposite by making others feel as though this thing is beyond their influence.

So is the News sharing this view with you? Know that I am. We’re capable of achieving anything because through God, Source, Ecrous, the Universe, Mutli-verse, etc. all things are possible!