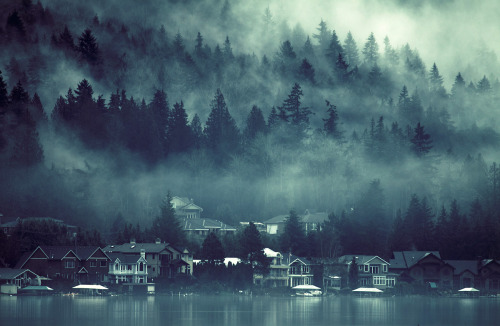 I spent a lot of time crying yesterday, and I know it’s good because I’m processing emotional garbage that’s been sticking around for long enough. But I’m still working on defining what the root of the issue represents so I can pull it to move on effectively.

So as of right now, what do I know? Well I thought to myself how I’ve been rejected for most of my life (I’m 24, going on 25 here pretty soon), and how crummy it is to have been tasked with swimming upstream for the same time frame as opposed to simply enjoying a life already set up to win.

Then of course I wouldn’t be where I am with what I have and what I know, but then I look at how I interact with others…

I’ve been noticing how taxing it is being around “average” people – those without developmental disabilities readily seen on the surface. I.e. those who have questionable levels of crazy.

Here’s an example – I was cooking with a client last night when their mother and brother joined us in conversation while we were preparing food. Little worry because I know them somewhat, but then some of the mother’s friends came over and I immediately shut down after saying hi to both of them. Everyone was chatting except for the client and me who sat at the dinner table eating with our backs turned, and I couldn’t help but feel like everyone was looking at me with disgust.

I even tried focusing on the food, although I eventually ran out and sat at the table motionless while my client stared at me as he chomped away. I then got up to pack the leftovers and continued keeping my back turned until the friends left without saying anything to me. During that time I noticed my client’s mother looking at me as she has in the past since this isn’t the first time I’ve done things like that.

To others I can see how it could make them feel rejected, unwanted, ignored, and so on, but I feel such a strong pull to separate myself from others. I get extremely numb, barely breathe, minimize movement, and so on. I figure it’s a defense mechanism I used in my childhood, but the worst bit is how I don’t want to be around anyone or anything during those times.

The smallest touch can invoke feelings of incredible discomfort, which in turn cause me to move away or grunt to let the foreign invader know to back away. Either way makes it difficult to develop a relationship of any kind. Which then leads me to the prospect of having an intimate relationship where I share space, time, energy, and so on with someone who has a life beyond my own…

Uggh. I want it but I’m so scared I’ll miss an opportunity because it takes me a moment or two to figure things out sometimes (I can be dense at the most convenient times), societal expectations of being a “man” won’t be met since I’m fairly shy and don’t trust myself to fall for a gal who isn’t a psychopathic  narcissist pretending to be wonderful for a year or more until they pull the rug out from under me as they slowly rip my life apart. At least try. If that ever happens, this hermit will permanently be leaving this world behind.

It’s always been easier to walk away from relationships because that way . I want to live my life without dread. I want to embrace love without fear. But that’s problematic when I expect everyone to reject me. Why do you think it hurts so much for me to hear people condemning those who struggle? Because I’ve been there and I am there…just not as bad as it used to be, thankfully. We’ll make it – temporary discomfort.